But by other important measures, it’s awfully expensive to be poor. As Barbara Ehrenreich wrote in her book Nickel and Dimed, many entry-level jobs pay next to nothing with unpredictable schedules. This makes savings, second jobs, affordable loans, and child care all but impossible to arrange. Inescapable poverty changes the way we think about money and time, as short-term concerns glare so blindly that it’s almost impossible to make long-term plans.

It’s expensive to be poor, Ehrenreich says. It’s true. In fact, when you don’t have enough money, money itself is expensive.

Instead of direct deposit, many rely on physical pay stubs. Instead of checking accounts, they have to drive to check-cashing services, like Pay-O-Matic. Instead of automatic payments, they drive again across the suburbs to pay utility bills in person. In lieu of a credit history that qualifies them for bank loans, they have a history of cash that is disqualifying. Instead of low-interest loans, they rely on payday lenders whose services can ultimately cost three- or four-times the original loan. And so, replacing the services of a bank on your own becomes a second part-time job, an odyssey of stripmalls, check-cashing storefronts, money orders, prepaid cards, and miles and miles on the road.

Ron Brownstein has called it the “archipelago of alternative finance.” (Continued)

“A mother has been arrested and thrown in jail on charges of child neglect because her 9-year-old daughter was found playing at a park by herself.

Ms. Harrell later confessed that she does give her daughter the freedom to play at the neighborhood park while she works at a McDonald’s restaurant to support her family. For her efforts, Ms. Harrell was locked in a cage and her daughter was taken into the custody of the Department of Social Services.

The unsupervised play took place at a location specifically designed for children and for safety, and yet it still turned into an incident that may ruin a woman’s life and break apart a family.

Perhaps the busybodies would prefer it if the mother unnecessarily lodged her 9-year-old into a daycare center that would absorb most or all of the wages she would earn during the course of a day at work. Or, better yet, quit working and just collect welfare checks.

Instead of reporting the family to the government, a truly compassionate neighbor might step up and volunteer to help watch the girl, as her mom with limited resources does what is necessary to pay the bills.” (Continued)

“We went looking for the effects of cocaine,” Hurt said. But after a time “we began to ask, ‘Was there something else going on?’ “

While the cocaine-exposed children and a group of nonexposed controls performed about the same on tests, both groups lagged on developmental and intellectual measures compared to the norm. Hurt and her team began to think the “something else” was poverty.

As the children grew, the researchers did many evaluations to tease out environmental factors that could be affecting their development. On the upside, they found that children being raised in a nurturing home – measured by such factors as caregiver warmth and affection and language stimulation – were doing better than kids in a less nurturing home. On the downside, they found that 81 percent of the children had seen someone arrested; 74 percent had heard gunshots; 35 percent had seen someone get shot; and 19 percent had seen a dead body outside – and the kids were only 7 years old at the time. Those children who reported a high exposure to violence were likelier to show signs of depression and anxiety and to have lower self-esteem.” (Continued) 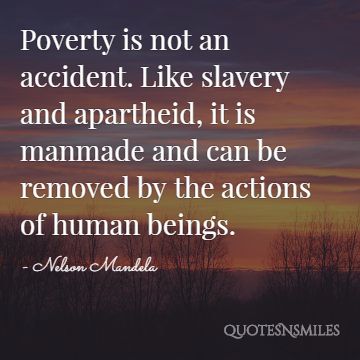 The Life and Times of Angela Davis…