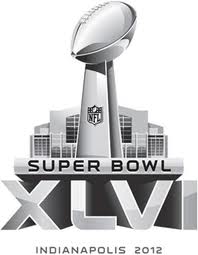 As I mentioned earlier I didn’t really care about the game. However, I was very interested in watching the commercials. Hey, you watch for your reasons, I’ll watch for mine. Surprisingly three things happened:

(1) We started watching the game late (hot tub came first) and I wasn’t in control of the DVR (don’t ask) so commercial watching was touch n go.

(2) I soon surmised that the quality of the commercials themselves were “touch n go” so apparently I wasn’t missing anything.

(3) Halfway through the game I realized I was rooting for Peyton Manning’s little brother. Sorry to use that phrasing Eli, I mean you’ve got a dope arm and everything BUT Peyton’s my guy. AND you were playing in HIS stadium AND I still haven’t gotten over what happened to the Colts this season. #tear

The sad thing is it doesn’t sound like Peyton is coming back. Well, it sounds like he shouldn’t come back – whether or not he heeds the advice of countless doctors is another story. I mean I get it but damn that’s a tough call.

I like Madonna (mostly) but I’m not gonna front and say I was hyped when I heard she was doing the halftime show. My response was more like “okay, sure, whatever.” STILL, I was curious to see what she would do.

Visually – it was pretty damn impressive.

Performance itself – eh, sure, okay. I thoroughly respect the fact that she can still move like that at 50 plus and I’ll leave it at that…

Continuing re performance – well wasn’t I surprised when I saw Nicki Minaj and M.I.A. show up on stage. No seriously, NEITHER one of those chicks is known for her family friendly lyrics or performances – like at all. THUS, honestly NBC/NFL/FCC/CAMERA DELAY TEAM and whomever else was involved in this production, are you REALLY surprised M.I.A. threw up her middle finger?? I mean somebody should have thought SOMETHING might go down. #stupid

I didn’t even see it happen. I heard about it afterward and in the grand scheme of things, I don’t really care but I will say this:  Good for you M.I.A. for being an immature classless cow. Grow up.

Best part for me:  CEE-LO. TOTALLY LOVE THAT DUDE!

Right now Prince’s halftime show is still my favorite. YO it was raining and he still GOT. IT. IN!  #swoon

The “Doritos, ‘You Didn’t See Nuthin’ “ was kinda dark but you GOTS to respect the execution! Poor kitty 🙁

Can I point out that they had a lot of fired up, wanna be hype commercials for cars that are anything but that?? The KIA might actually be a respectful car (cough) but it just sounds b*tch made so using hot women (Victoria Secret’s model) or Rock n Roll bands (Motley Crue) is NOT gonna work for you guys. Either change the name of the car OR figure out some better advertising. #terrible

The “Volkswagen, “Working Out Like a Dog” was cute:

Re Clint Eastwood and “Chrysler’s ‘Halftime in America’ ”:  at first I was scared, then nervous, then slightly optimistic, then a little proud but still nervous and then cautiously optimistic and still a little frightened. No matter what he is actually talking about (Making his day, ice cream, Santa Claus, American exceptionalism), Clint is just a scary dude. Period.

Hey advertisers, you have a WHOLE year to get your ish together. Handle that.

Note to self:  next year either watch the game in real-time OR figure out a way to be in control of the DVR. #goals.