(2) Ain’t mad at the bag either #LeopardHunty

(3) Is Kenya a former Supermodel? Seriously I’m asking. Anyone know? (Yes I could google this but ehhh…)

(5) One of my friends: “This pitch meeting is so fake” #BobbCat

(6) My other friend was astonished at her breasts #SheDoesntWatchTheShow

(7) Kenya: “I have a script idea that throws shade to all my haters on RHOA” #ButFictionalCharactersTho

(10) Did y’all know Kenya was supposed to be a doctor? #ThatsWhatSheSaid

(11) Roger Bobb: “You can use my name but that’s about all I’m good for” #FYI #Paraphrased

(12) Awwww ish here we go! Another Reality Show Mash Up with “Married to Medicine” and RHOA. Last time it was Dr. Jackie hollering at Kandi and Todd. This week it’s Quad’s husband Dr. Gregory Lunceford chopping it up with Phaedra. So reality show doctors are the only doctors they are allowed to consult? #BravoContracts

(14) Apollo’s “adult time out” is a long a*s time out, made sure you explain that to the kids Phaedra ’cause #EightYears

(15) Am I the only who thinks Apollo’s lawyer is “black” – like 1/8 #Octoroon or maybe he had a black ancestor #OneDropRule, Or is he Cajun? #LookAtHim!

(17) Apollo’s lawyer saying they have a pretty easy retort to Phaedra saying bad things by noting she had two kids w/ a former felon and what did she think could happen – First, even though personally I hear what he is saying, the immediate response to that is yes I knew he was a felon, I also wholeheartedly believed that he would never go back to jail. You know that whole “lesson learned” situation.

(18) Which is EXACTLY what Phaedra said when they cut back to her. #LegalMinds

(19) Phaedra saying I wouldn’t have handled the situation the way he is handling it – well isn’t that crux of the issue Phaedra?? “Perhaps” this wasn’t an ideal match??? #Smdh

(20) Phaedra said she’s concerned about the safety of her and the kids. Imma tell you something right now – TRY ME APOLLO! TRY. ME! 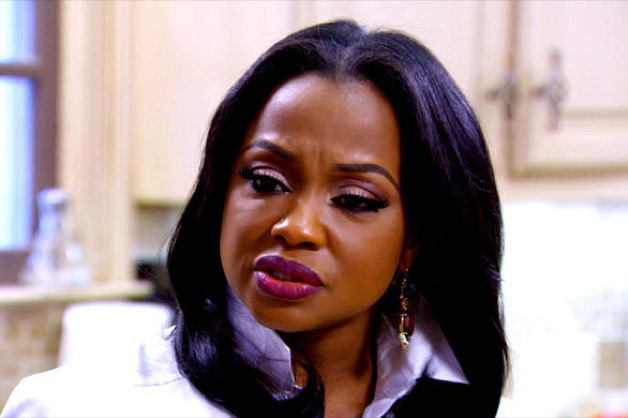 (22) Well Nene said something very true – Porsha’s boobs were looking quite umm well “plump”. I’m not checking for her I just noticed. #AndSoDidYou

(23) Porsha first ordering shrimp and grits and then trying to order a salad and Nene saying “get one to go” #KindaFunny. And Nene salivating over the fried egg and a pork chop dish #SouthernEating

(27) My friend asked how many packs of hair does it take to get Porsha’s hairstyle? Answer: How many horses do you have in your stable?

(28) Porsha talking about God dropping gifts, a.k.a. blessings upon her #OkayBoo

(29) Porsha going in Peter & Cynthia, calling Cynthia “dry as a desert” and saying Peter is taking all of her money #Welll… Nene co-signing and talking about marriage is an accomplishment. I might concede that being somewhat true but I think you might be the only one who sees Greg as an accomplishment and Kordell was most definitely NOT an accomplishment. Oh wait, I guess for Porsha initially it might have been. You know what never mind…

(30) Porsha re Claudia – talking about “and now I gotta come for you.” Girl bye. You gon’ get your feelings HURT #RealBad

(32) Q. How is it news to you Kandi that the tour needs to end because the show isn’t selling enough tickets? You are JUST now finding this out?? #YourTeamSucks

(33) Q. Where the hell did y’all get this promotor from? Ohhhh she relinquished control of the situation. Todd talking about “my name is on it too” #BoyPlease

(40) Kenya: “Cynthia says she is a great actress” guess they didn’t get clearance for that Cosby clip. Anyone find it??

(43) Btw Kandi, whatever you spent on Todd’s car would go a long way toward paying those salaries #JustAnObservation

(44) Why is Kandi’s team sitting on those little a*s stools? Are they being punished? Isn’t there a conference room somewhere? Was there not enough space for the camera crew? Ahhh that’s probably it but still the employees couldn’t get real chairs? #ProductionFail

(45) DonJuan: “Kandi normally NEVER gives up power on anything – except to the little man that she sleeps in the bed with.” #SoMuchShade

(46) DonJuan quoting Aunt Bertha: “Maybe it was a scheme that Todd set up for them to come at you with the bullsh*t!” And then they showed the original clip and the way Aunt B threw her hands up in the air!!! #Priceless

(48) Carmon re the tour ending: “I mean, I just wanted to get out of Georgia. #IKnowRight??

(49) Kandi talking about she was “damn near in tears”. Umm heffa you WERE in tears! There was no “damn near” about it. I saw ’em and so did your husband. You were wearing your “I can’t cry because my mascara is Chanel sweatshirt” ‘member?? #HerMemorySucks 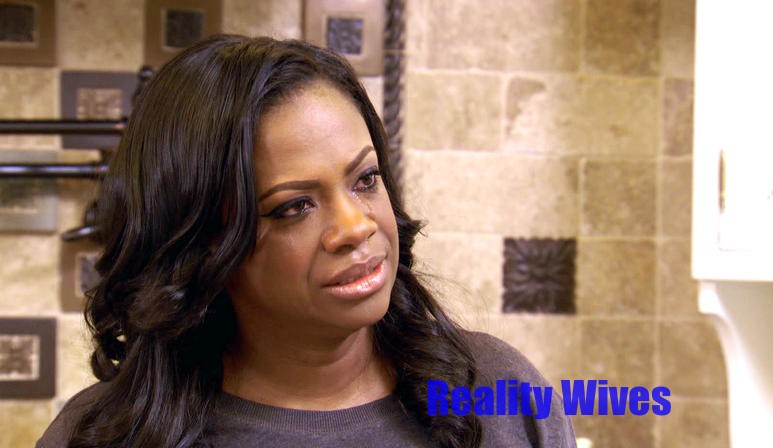 (50) DonJuan is giving Todd the BIZNESS! But sperm can be referred to as “little people” well maybe “half little people” #DontBeMadTodd

(51) No comment re Noelle’s presentation to her parents. I mean she’s a kid sooo yeaaah… Also #NotMyBusiness

(52) Ricky Smiley re Porsha: “I don’t think she needs a spelling coach, I think she just has a few blonde moments, so…” #HeSaidIt

(53) Claudia had her “ladies” looking “plump” as well #AlrightyThen

(54) Someone in Porsha’s family, I think it was her mother, re Claudia: “She a wicked city woman” #SayWhatNow? #WhatYearIsIt? #WhoSaysThat?

(56) Claudia calling Porsha over was unnecessary in real life but clearly what had to happen on TV #WhatDoYouWant? #WhyAreWeTalking?

(60) So this crazy mofo is punching through walls in the house? He would have been in jail by now. Or I might have been looking at a case myself. #TRY #ME #FOOL #TryMe!

(62) Mama Regina dropping all the knowledge on this episode: “Why do you think this fool is going to come to his right mind?” Exactly Phaedra #WHY? 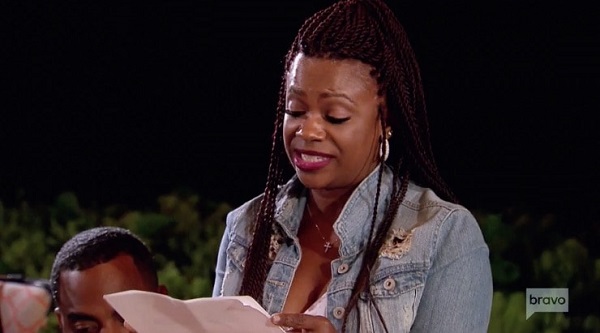 'Real Housewives of Atlanta Recap (S7:E13) – “The Countdown Begins” or “Apollo Needs To Take His Crazy A*s To Jail Already” #BuhBye' has no comments