And here’s an interview with the pint-sized Darth Vadar:
The miniature Darth Vadar was played by Max Page who is now seven years old. Unfortunately Max was born with a congenital heart defect and has to have open heart surgery on Thursday to replace his pulmonary valve and fix a hole in his heart.

He had his first surgery when he was 3 months old and was outfitted with a pacemaker shortly thereafter. When he got a little older he started helping raise money for other children with heart conditions at Children’s Hospital in Los Angeles. 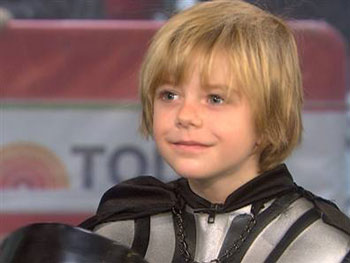 When his parents told him the news about this surgery he was understandably terrified and after a detailed conversation with his parents about exactly what was going to happen and an inspired decision to “FUN UP” the house before his surgery he said this:

“Mom, I don’t have a choice. I have to go through it. I don’t like it and it’s still scary — but I have to. So I think I might as well go through it with a good attitude.”

If you are paying even a marginal amount of attention, children can teach you so much. Their world view tends to be much simpler than that of an adult and sometimes their clarity is spot on. Life sometimes presents you with stuff that is scary, not fun and totally unavoidable and if a seven year old can “man up” and have a good attitude about it then so can you.

Below is the full text of an email from his Mother:

“We told Max and Els [Max’s brother] Sunday afternoon. Initially, Max was crying and repeating how scared how he was. We unpeeled the layers by asking what exactly he was afraid of and tackled each issue as he could verbalize it. Blood draws, spending the night in the hospital and hurting are the big three. He was also very sad that summer would be in rest in recovery instead of playing baseball, golf and traveling.

Around bedtime he asked if I would stay up with him and talk. He wanted to make a “CAN DO” list. So we wrote out all the things he can do so he could focus on those. Then he said we definitely had to “Fun Up” the house. So we went and got Els out of bed and spent the next hour redesigning each room with a theme, special rules and secret codes. In the Library (Els Room) we have to read with flashlights. On Whisper Lane (the hallway) you have to whisper. Going up the stairs you have to sing “Take me out to the ball game”. The most favorite is the garage—Explode Zone—science experiments and art projects, the messier the better.

Last night, I wanted to make sure he was doing as well as he seemed. He said, “Mom I don’t have a choice. I have to go through it. I don’t like it and it’s still scary—but I have to. So I think I might as well go through it with a good attitude.” So as we hop on Max’s coattails to go on this ride—we too, shall do it with a good attitude. Though we will still tremble with tears and have our overwhelming moments—we will focus on the “CAN DO” and enjoy our Fun Up House.

Mighty Max wants me to include one more thing—one of the lines he uses when he speaks to groups.

“Kids, if you use your FORCE and dream big, you can achieve anything. We may be small—but we’re mighty!” (Huffpo) 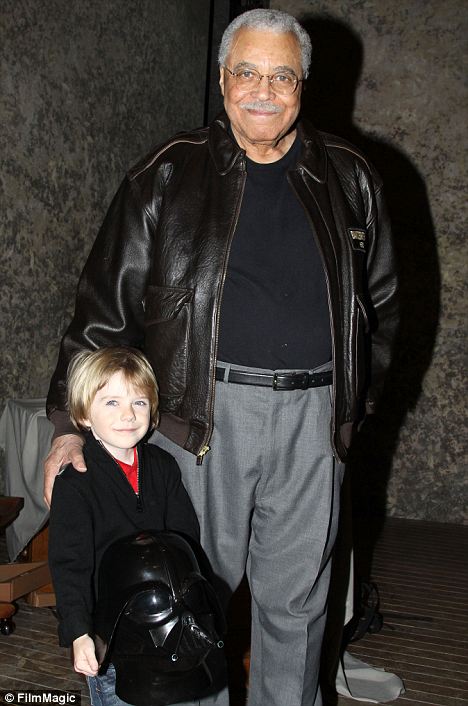 Thanks for the lesson Max, sending prayers and universal love your way. Stay positive and may the Force be with you on Thursday.

'Out of the mouths of babes…' has no comments