I didn’t see all of the Red Carpet action, just bits and pieces so this will be short:

(1) Robin Roberts is an inspiration. Seeing her out and about and looking like a warrior (in a good way) just makes me smile. She is phenomenal. 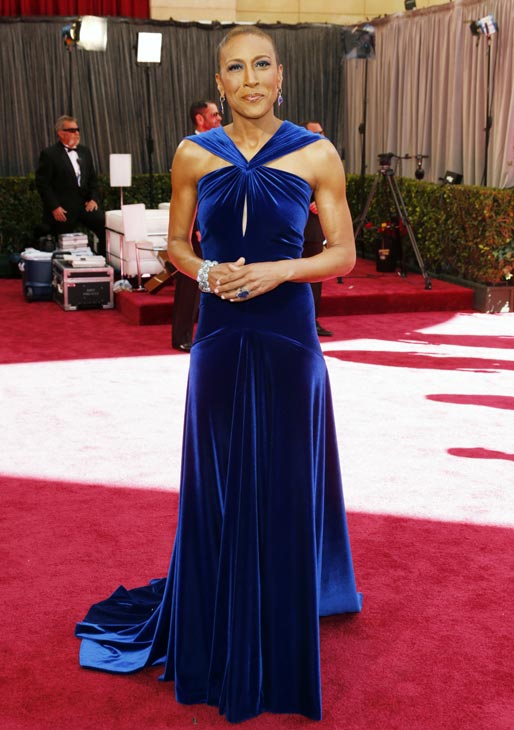 (2) I am a big fan of Kristin Chenoweth. I don’t care how tiny she looked next to certain people (Adele, Charlize Theron, Queen Latifah) she seems so happy all the time how could anyone not like her? And I don’t care if it’s an act, if it is she is d*mn good at it. Also, her voice is amazing. Period.

(3) Charlize Theron is a BAD A*S and looked absolutely STUNNING! I don’t usually sweat her but last night – whew chile! She was giving ALL. OF. IT! Two snaps and a Twirl Hunty!! 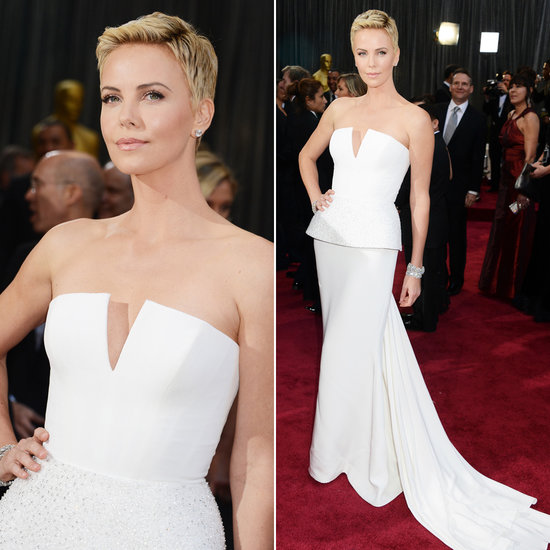 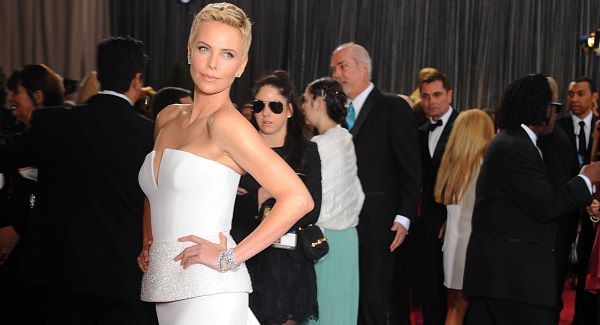 (4) Kelly Rowland looked very lovely as well and as my friend pointed out – “Kelly got a job!” 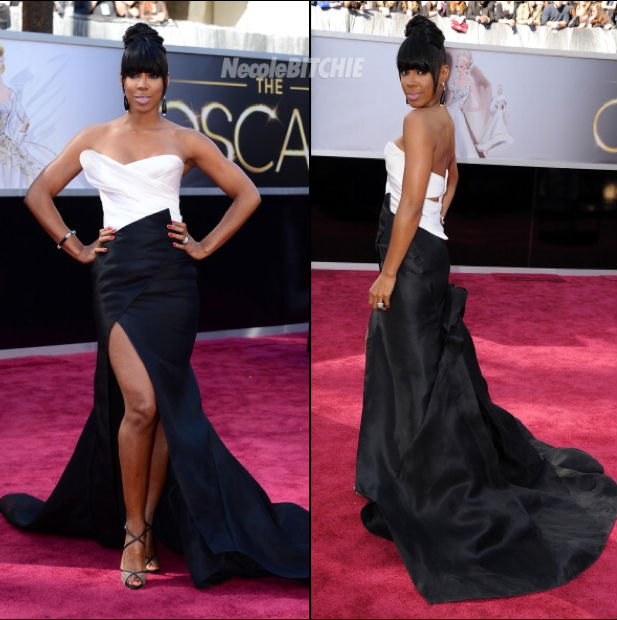 (1) Seth MacFarlane. Yeah ummm so if we’re gonna go with mean jabs why don’t we just ask Chris Rock to come back? I watch “Family Guy” so I had a good idea of what was coming and yep he delivered. Obviously the Academy will do what the Academy wants to do but as far as having him host again, I’m good.

(2) The Teleprompter had a vendetta against every other person who needed to use it. That or whatever was in the pre-show drinks had cats twisted.

(3) The Jaws cue to prompt people to wrap it up and get off the stage was rude as f*ck. Civility people, find some and use it. 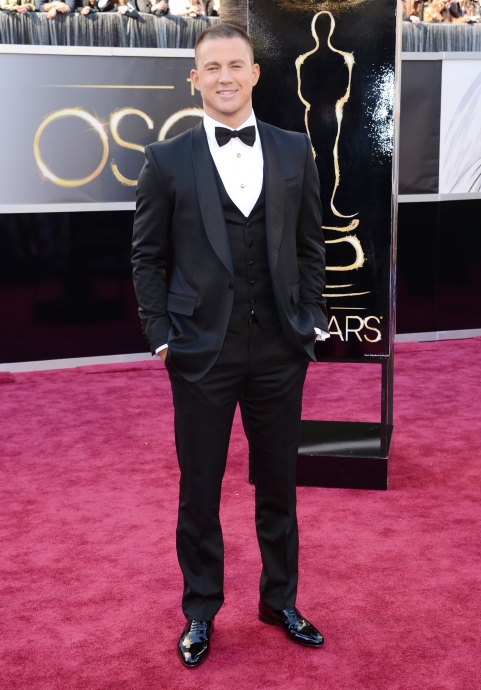 (6) Seth’s Lincoln joke was horrible. Like I said earlier I know who he is but I think I process the “jokes” differently when they are coming out of an animated character’s mouth. I’m not saying it makes sense I’m just saying HE more often than not makes me cringe and not in a good way. No, I did not see TED.

(7) Jennifer Hudson can sing, yes she can.

(8) I like Anne Hathaway. I’m just curious why she sounded like a mouse in need of an oxygen tank. That voice seems new to me, I feel like I would have noticed it before primarily because I know I couldn’t have sat through an entire film listening to it. #StopIt

(11) Barbra Streisand can sing, yes she can.

(12) Renee Zellweger was SWAYING on stage! SWAY-ING!!! If she is not the poster child for “I’m in dire need of an intervention” then I don’t know who else could be. I really would like for someone to explain what is going on with her eyes. Too much botox? Facelift that went wrong? Eyelift that went wrong? High? As a kite? Drunk? I am soooo serious. I used to be a fan of her work and now I just want her to be okay. Geez man.

(13) Best Adapted Screenplay Winner was Chris Terrio for Argo. In attendance as his date was the beautiful and intelligent United States Ambassador to Uruguay, Ms. Julissa Reynoso. SHOUT OUT TO HARVARD ALUMNI! #BeastingIt!

Poor thing. Still, as a friend of a friend pointed out on facebook “if you are going to fall at least make sure you fall wearing a beautiful dress” to which I say excellent point!

“It’s a strange thing, because three years ago, before we decided to do a straight swap, I had actually been committed to play Margaret Thatcher, um…” he joked. “And Meryl was, was Steven’s first choice for ‘Lincoln.’ And I’d like to see that version. And Steven didn’t have to persuade me to play Lincoln, but I had to persuade him that, perhaps, if I was going to do it, that Lincoln shouldn’t be a musical.”

He concluded his speech by simply stating, “For my mother, thank you so much!” (Video) 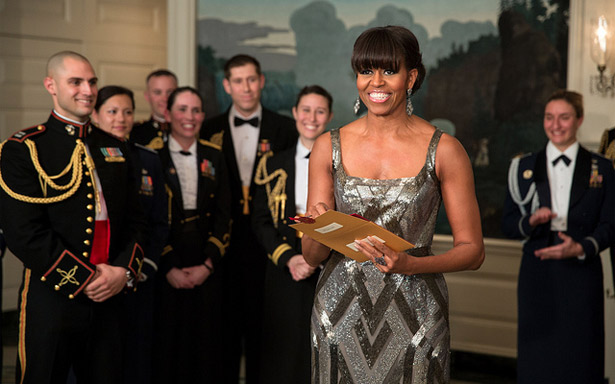 *Personally, I still wish an actor of Latin descent had played the role (Tony Mendez) but hey that’s Hollywood for ya (Remember when Angelina Jolie played the mixed race wife of Daniel Pearl in “A Mighty Heart”? Yeeaaaah). Entertainment BUSINESS…

“And it doesn’t matter how you get knocked down in life because that’s gonna happen – all that matters is that you gotta get up.” -Ben Affleck

Under no circumstances is it “funny” to call a nine-year old a “c*nt” (The Onion) NOR is it “cool” to publicly declare your dislike of said nine-year old and THEN take offense when you get called on it (John Legend’s fiancée, Christine Teigen). I don’t know what it is going to take for people to learn to count to 50 BEFORE they hit send on certain messages but some people NEED to learn to use that restraint and learn it fast. Some people also need to GROW THE F*CK UP and fast. #StupidStupidStupid

Just because your publication is known for being extremely irreverent doesn’t mean EVERYTHING you say is excusable because it is supposed to be a joke. (Update: here is the official apology)

Just because people consider you to be “pretty” doesn’t mean you get to talk sh*t about a nine-year old. Clearly you live in a bubble. Ideally this would be a ‘lesson learned’ moment for you but somehow I don’t think that will be the case…

I was totally prepared to end this post on a positive note but I could not let the bullsh* t commentary re Quvenzhané Wallis go unchecked. Do better people, BE better. D*mn.

To Ms. Wallis – unfortunately this is an early introduction to the perils of being an amazing human being in the public arena. Everyone doesn’t get to take home a trophy AND then there’s the incredibly stupid and often heartless commentary from brain damaged people. Please make it your mission to simply let it all roll off your back. You are talented, beautiful and have a spectacular career ahead of you. Learn to smile graciously and give kick a*s performances and you will stay winning. Also the occasional brushing off of a shoulder or two might not be a bad idea either. 😉 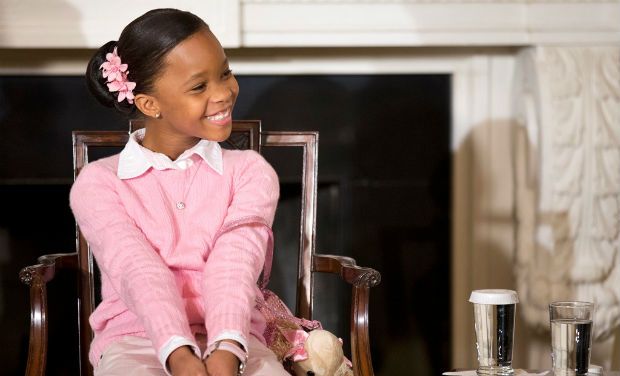 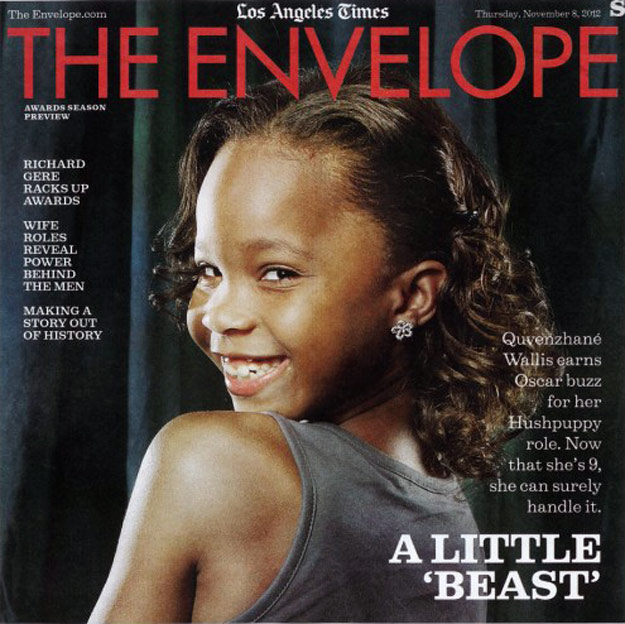 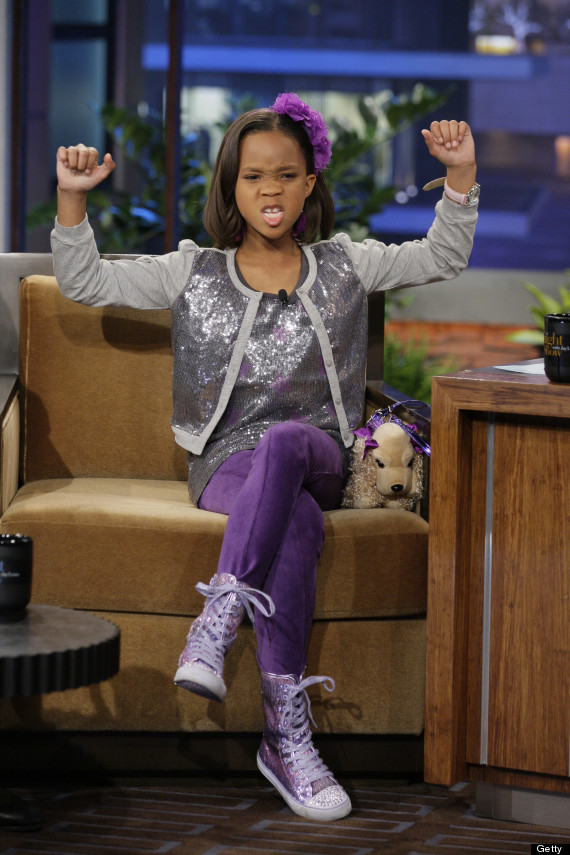