I know we are supposed to be officially moving on from “ElevatorGate” BUT three things happened over the weekend:

(1) This family photo was taken in New Orleans: 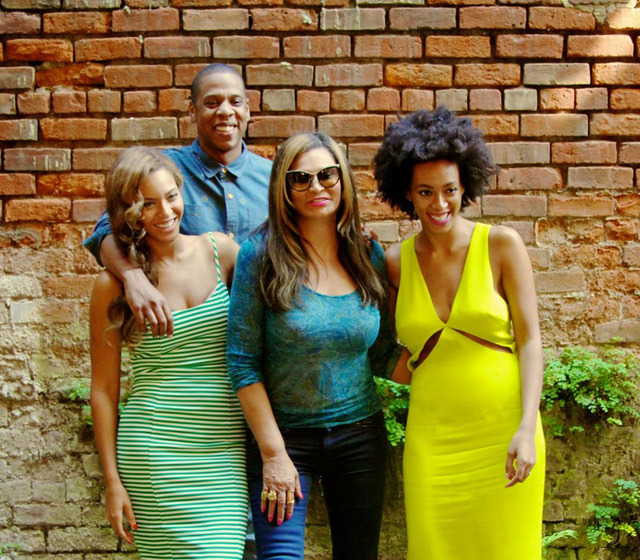 (2) Beyonce & Jay Z released a mock trailer for their upcoming tour. I present to you “Run“:


This is what I posted on fb:

There’s no escape… My thoughts: IF Solange was feat as the Pop Off person THEN I would believe that elevator ish was staged. Still, given that she is now OFFICIALLY known as the Pop Off person in their crew they need to do an extended version feat her going HAM! They have the footage might as well use it to their advantage. Antwane and I were talking about how other rappers will be COMING HARD for Jay this summer, might as well get out ahead of it. Use the footage, shoot a before and after that we haven’t seen that “explains” her kickboxing Jay and then I need a shot of Solange blowing up a bldg (empty bldg, it’s a diversion) and laughing maniacally. That ish would be HOT!!! I wish I was their PR person. #MissedOpportunity

And (3) SNL couldn’t let the comedy bonanza that is/was “ElevatorGate” pass them by. I mean it WAS their season finale after all so I know they were like THANK YOU!!!! Here’s the Cold Open:


I’m sure other stuff happened over the weekend but I don’t have time to get into it right now. Maybe tomorrow?? 😉

'Just to bring it full circle… #Beyonce' has no comments