Gee golly wow – I don’t even know where to start. There is soooooo much material this week. Or maybe I’ve just started paying more attention, hmmm… ANYway, let’s get started: 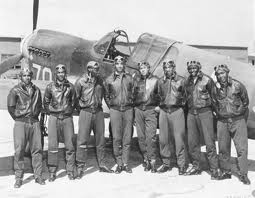 SOPA (Stop Online Piracy Act) and PIPA (Protect IP Act) are two bills rolling through Congress right now designed to address the rampant pirating of copyrighted content on the wild wild internet. Sounds good in theory right? Here’s the base level issue, sites like youtube could cease to exist. Thus, “I” might be prevented from posting links to funny ish. #itcouldhappen

SOPA, in it’s current form, is over-reaching, promotes censorship and basically could go real bad real fast (SuperPac anyone?). And while most rational people would agree that piracy is a serious issue, these bills are NOT the answer. Obama agrees and thankfully SOPA is being re-worked. However, it ain’t over. The Senate plans to vote on PIPA on Tuesday, Jan 24th. Your next move? Sign the online petition, call your Senator’s office and/or Write ’em. Get involved. Stay involved. #democracy

Update:  “Sopa and Pipa Bills Postponed in US Congress”  #WORD!!

(2) The South Carolina Primary is tomorrow. Initially it seemed as though ‘Rich Man’ Romney had it in the bag but lo and behold, Leroy Gingrich a.k.a. “Leroy G” (“LG” if you’re in the inner circle) is hot on Romney’s heels and we’ll just have to see what happens.

Not exactly sure how to address this without cursing but I’m gonna try. LG’s ex-wife (1st mistress/2nd wife) says he wanted to have an open marriage. Last night during the GOP debate, CNN’s John King opened up the evening asking LG about it.

Get this, LG got all self-righteously indignant using words like “appalled“, “despicable“, “wrong“, “astounded” and “trash.”  THEN he started lecturing King, pointing his finger and whatnot, like all soapboxy with it.  No, he was not being ironic.  AND THEN the crowd gave him a standing damn ovation. OMG!! ARE U M*THA-F*CKING SERIOUS?!?*  #Woooooosah. (thanks Nef)  😉

The truly unfortunate part is that King didn’t/couldn’t properly come back at him. Perhaps with something like:  “Cheater, cheater, pumpkin eater!”  Lucky this was a CNN debate and not MSNBC, because those cats go hard in the paint. Any one of them would have “leaned forward” all over his ginormous head.

Here’s the thing, if I didn’t find him to be such a disingenuous repulsive hypocrite I could almost applaud the way he spun that ish back on King, BUT nah, he’s a liar and a cheater and an all around wicky wack human being.  So #thumbsdown

The result? LG is saying it ain’t true:

LG:  “that heffa lying yo! She mad cause my new wife is 23 years younger than me and BLONDE!”

Ex-Wife:  “I ain’t got to lie LG, yous a no good so-n-so and I’m glad to be rid of yo Fatty Mcfat Pillsbury Doughboy face!!!”

(4) “Dropouts” – Huntsman and Perry turned in their uniforms and headed to the showers.

(5) Santorum won Iowa after all. Here’s the funny part:  IT DOESN’T MATTER! He couldn’t be the GOP nominee even if the rest of ’em suddenly disappeared from earth (hey, you have your dreams, I have mine). The GOP would self-destruct before a “President Santorum” (giggle) became part of the American lexicon. #notgonnahappenever

The Golden Globes went down on Sunday. I posted about it Sunday night. I’m not repeating myself but I will make it easy for you – click here.

It was reported this week that Jay-Z was going to stop using the “B” word. Yes he was going to stop saying “Breasts.” Just kidding. When I first heard about this my reaction was pretty much like “Oh. Word? Whatever.”

BUT the new update is that he ain’t never said such a thang:  “Y’all B*t*hes can go kick rocks!”  Well. Damn. Now I’m not sure how I feel. Oh wait, I don’t care. I will (a) move on with my life and (b) go ahead and take charge of raising my kids myself and not leave it up to hip-hop artists. #parenting101*

*disclaimer – I don’t have any kids but if i did, see above.

This is old but so what. I bet money some of y’all haven’t seen it yet AND i’ve noticed that it gets better every time you watch it. NOTE:  he REALLY starts feelin’ it around :31, slows it down at 1:21 and steps up his dance moves at 1:31. Seriously if you’re having a bad day, watch this:

And yes this “series” is getting old but wooooo-hooooo if this one wasn’t dead on. Raise your hand in the air (or click ‘like’) if you recognize yo bougie behind anywhere in here: