Please excuse any typos, I was out watching MARY J. BLIGE perform last night and my behind is tiiiiiiiired. Yes, I’m bragging. Sorry, I couldn’t resist. I LOVE MARY! #(Belvedere) RED 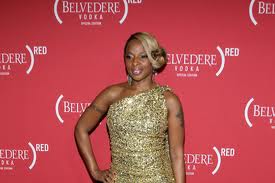 I love being at a concert and knowing ALL the lyrics to every song an artist performs. It heightens the experience. Only downside was being in a “Hollywood” type environment and there was this one dude rocking a red cap (yeah I’m calling you out) who had his back to the stage throughout most of the show. “What? You’re too cool to face the stage??” I should have designated myself the concert police and kicked his a*s out. #uberwack

(1) Rick “I still think it’s 1952” Santorum is not only still hanging in there, he’s actually claiming primary victories. This Tuesday he won Minnesota, Colorado and Missouri. I don’t like Mitt either but seriously – SANTORUM?!? And yet, after all is said and done, he-is-still-NOT-gonna-get-the-nomination. Romney’s ’bout to send the Mormon Mafia after his a*s. Just you wait and see!

(2) Newt “headcase” Gingrich will be haunted by the Moon Colony commentary FOREVER as well as the other crazy nonsense he has uttered in his lifetime. That makes me smile. 🙂

(3) Potential Michigan GOP Senate Candidate, Pete Hoekstra, approves AND DEFENDS Racist Ad. Surprise! Actually in this climate it’s not a surprise but it is disgusting. On the upswing, current Democratic Senator Debbie Stabenow launched a money-bomb fundraising effort in response to the ad and raised close to 90k in 3 days. Nothing like a bit of outrage to get people to open their wallets. Click here to donate: ActBlue Fundraising Page

(4) JFK and The Intern – umm I was a little torn about mentioning this one. Not out of any loyalty to the Kennedys but more so because it is, well, kinda “ewww” to read/hear about. Sigh.

In a nutshell, JFK had an affair with an intern (not surprising). The icky parts are (a) she was a 19 yr old virgin when it started and (b) at one point, at his prompting, he watched while she gave one of his top aides a BJ. Yep, info I would have been better off NOT knowing. Wtf is it with Presidents and Interns???

(1) Old news – Russell Brand and Katy Perry are getting a divorce and Perry’s net worth is MUCH higher than Brand’s. The update is that Brand does not want Perry’s money and will not be receiving spousal support. Good for him, can I have it?

(2) Jay-Z did a benefit concert Monday night at Carnegie Hall for the “United Way of New York City” and the “Shawn Carter Scholarship Foundation”. I’m just mentioning it because I thought it was cool. Oh yeah and he did look quite respectable in his white tux.

AND one more thing, his wife showed up looking FIYAH one month after delivering a baby. Maaaan, I ain’t the hating type but… #wow 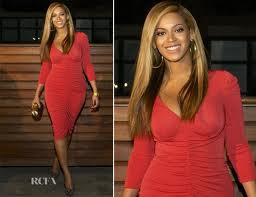 Please excuse me momentarily, I need to do a quick 100 sit-ups and maybe a lunge or two. Thanks for the inspiration B!

Adele’s response: “I’ve never wanted to look like models on the cover of magazines… I represent the majority of women and I’m very proud of that.” While that’s not what “I” would have said I wholeheartedly endorse her very mature and calm reply.

Update:  Karl has since apologized but can you really apologize for being an a*shole?

(2) After the Super Bowl, Gisele had a few things to say about her husband’s teammates.

“My husband cannot [expletive] throw the ball and catch the ball at the same time… I can’t believe they dropped the ball so many times.”

Okay sure, whatever. That’s your husband, you’ve got his back and you were not expecting to be recorded. Bet. That’s not the ridiculous commentary. The ridiculous “a*shole laced” commentary came from Giants running back Brandon Jacobs:

“She just needs to continue to be cute and shut up.”

Here’s the thing – I’m not a Gisele fan and she certainly doesn’t need MY help in this situation BUT that comment from Jacobs is sexist, immature and complete bullsh*t. Wonder how he would take it if someone told him to just “shut up and run the ball n___.” Yeah I went there.

Update:  Jacobs has since apologized but again I have to ask can you REALLY apologize for being an a*shole? #neanderthal.

*Translation – I’m turned on by this role. #swoon

And on that note, ENJOY YOUR WEEKEND!!!! #Grammys!