“You know you that b*tch when you cause all this conversation.” 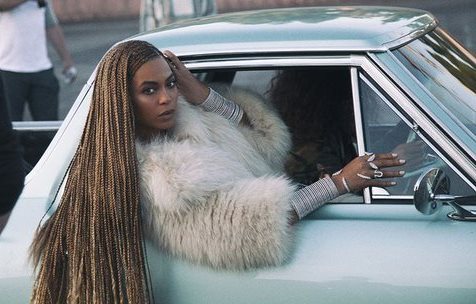 UPDATE: Beyonce’s latest album Lemonade is now available and a 1000 more think pieces have followed it. Most are waxing rhapsodic like the one I wrote (“About This ‘Negro Creole Texas Bama’ Heffa Named ‘Beyonce’*“) but of course there are those who ain’t feeling it and usually they are the ones who just ain’t feeling Beyonce – period. Like ever. And that’s cool. There is a current crop of people who specifically seem to have a problem with Beyonce Circa Now. I’m not sure if she was supposed to remain “safe” and “user-friendly” forever because if so that’s fcking stupid. Girls become women. Women go through sh*t. Black women go through an inordinate amount of sh*t. If you as a woman have never had a bad day/month/year/decade then good for you. If you as a woman HAVE had a bad day/month/year/decade but somehow managed to handle your sh*t with the calmness of a Buddhist monk and impeccable decorum then good for you. Most of us aren’t built that way. Or maybe you just don’t like how she tells stories but lemme find out you watch Empire and I’m giving you full side-eye.

If you are a man who has never been a woman you might want to take a seat, take some notes and ask some questions OR you can take a cue from Jay Z and be quietly supportive. Notice I didn’t include as an option to write a think piece about how Beyonce is a bad influence on girls/women or how she makes YOU “uncomfortable.” Black people have been “uncomfortable” in America since 1619 so excuse me if IDGAF about YOUR comfort levels in 2016. Also, as a grown a*s woman YOUR opinion about another grown a*s woman negatively influencing my life is comical. It is also aggravating AF. And if you are letting Beyonce raise your daughter than you have a bigger problem than her lyrics on Lemonade #BoyBye

ORIGINAL POST: I did not want to write THIS post. I was all prepared with a fiery response to the non-black people who are all ignorantly up in arms re Beyonce being anti-police or just being “too black” at the Super Bowl and then the “think pieces” started raining down from US and I got tired.

I don’t have the energy to fight ignorant white people AND argue with my own people about Beyoncé Giselle Knowles-Carter. Nor does Beyonce need me to defend her so I’m not going to waste too much of my time doing it. She is many things to many people but she is never going to be all things to everyone.

Many of us have asked repeatedly for our highly visible entertainers to “do more” and when one of them does just that some of y’all are now all up in your feelings because she didn’t do it right. Seriously who has the time? How many more people – of all ethnicities – got just an ounce more “woke” from watching the video and the Super Bowl show? How many more people were REMINDED that Katrina happened? Needed to be reminded because we should NEVER forget that horror. How many more people were reminded or made aware of The Black Panthers? She sings about Negros AND Creoles but the latter made her a target for “she on that separatism” sh*t. Sigh. 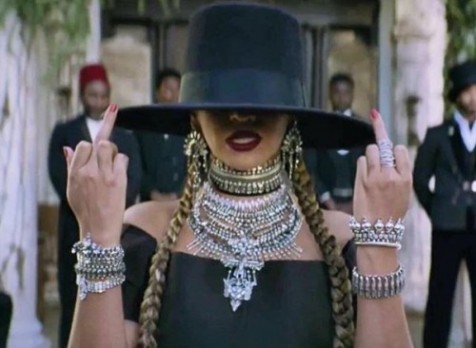 Some of y’all mad but I’m glad she reminded me to get my Bill Gates on. Nah I’m not talking about becoming a tech guru, I’m strictly talking about getting my paper up. Period. Keeping it real simple here.

Also, I don’t have hot sauce in my bag but I respect it. You know what else I respect? Her charitable works:

(1) BeyGood: “We’re all in this together. Each and every one of us can make a difference by giving back. Join Beyoncé and #BeyGood (via Twitter). Visit: www.Beyonce.com/BeyGood

(2) “Beyonce Provides Aid To The Children of Flint, Michigan“

“The superstar is partnering with two charities working in Flint: United Way of Genesee County — which has been donating huge amounts of clean water and filters to Flint residents — and the Community Foundation of Greater Flint — a group with which Beyonce plans to create a fund to address the education and health needs of children affected by the water crisis.” (Source: Huffpo)

“Beyonce has quietly given $7 million throughout the past few years to the Knowles-Temenos Place Apartments in her hometown of Houston, as KHOU 11 News reported. Beyonce launched the complex in 2007 in response to the devastating aftermath of Hurricane Katrina.”

“‘Chime for Change‘ is “a global campaign that was created to help strengthen and unite the voices of young women around the world by inspiring them with ‘powerful stories’ about inspiring women.”

“Jay Z and his wife, Beyonce, have quietly donated tens of thousands of dollars to pay bail for protesters arrested in police-brutality demonstrations, an acquaintance of the couple said in a series of since-deleted tweets.

Author, filmmaker and protest organizer dream hampton, who worked with Jay Z on his book, “Decoded,” said on Twitter that he “wired tens of thousands in mins” when she asked him for bail money for Baltimore protesters, according to Complex magazine.

The couple also wrote “huge checks” to help fund an expansion of the #BlackLivesMatter protest organization “and more stuff, too much to list actually, that they always insist folk keep quiet,” hampton tweeted.” 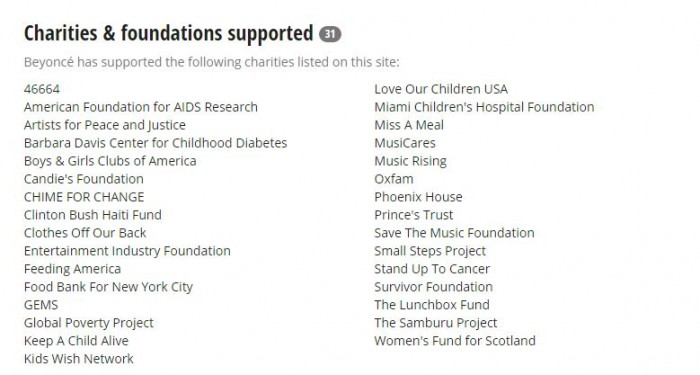 You don’t like her video? Fine, don’t watch it. You don’t like her song? Fine, don’t listen to it. It’s already going to be difficult enough to come up on concert tickets so weeding out a few people is fine with me. Now THAT is something I want to holla at her about – Bey what’s REALLY good?? Can a sister get a hook up???