Yesterday I posted excerpts of President Obama’s commentary but I didn’t get a chance to include all of the EXCELLENT TWEETS and OUTSTANDING MEMES that occurred as a result of some of the most delicious lines (ever) uttered by my man Barack!

Senator John Kerry was on fire!

All around AWE-SOME! I do believe I am finally beginning to appreciate twitter – yes, strictly for the comedy.

And of course there was the creation of not one but TWO tumblr sites re “Horses & Bayonets” within minutes of President Obama delivering that delightful line. A few fun memes included: 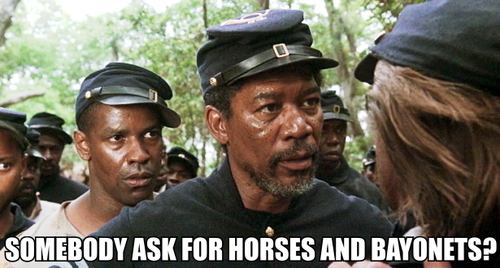 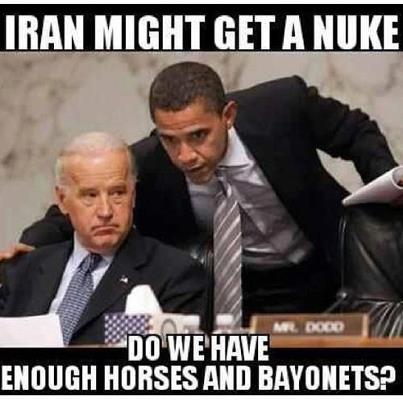 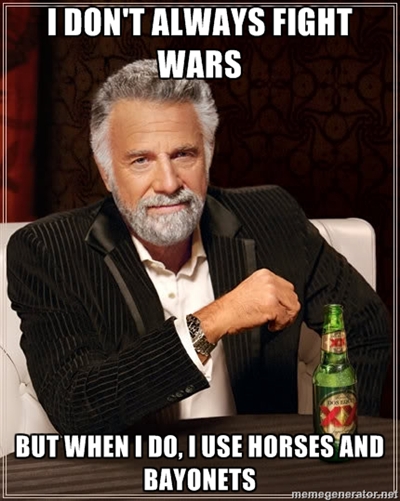 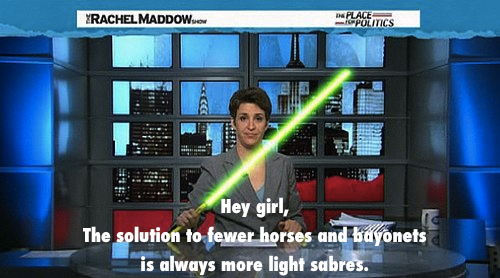 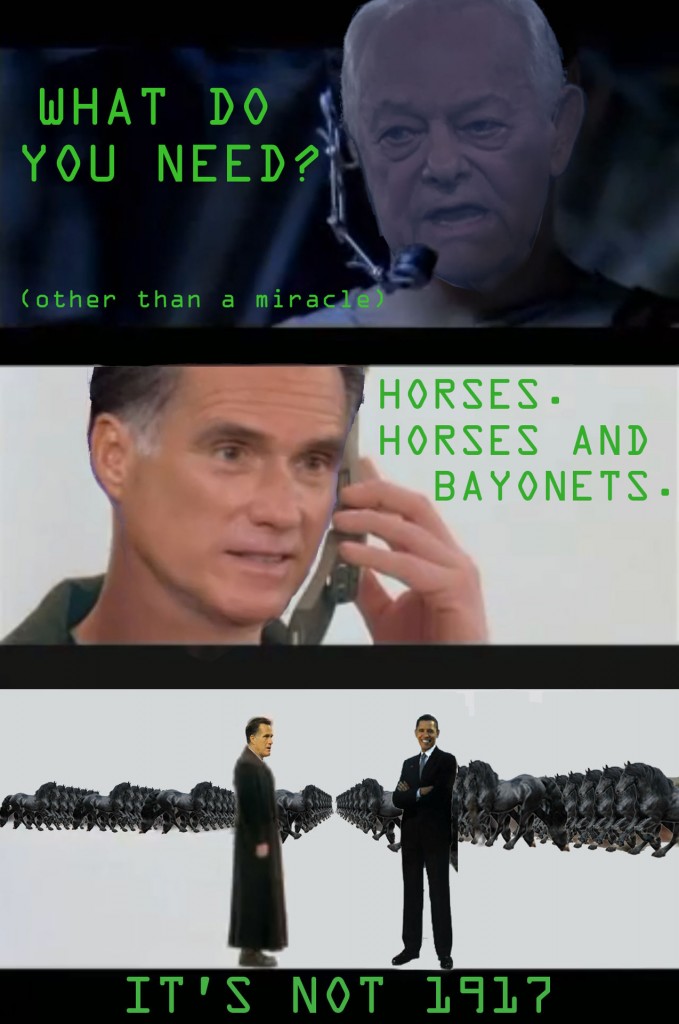 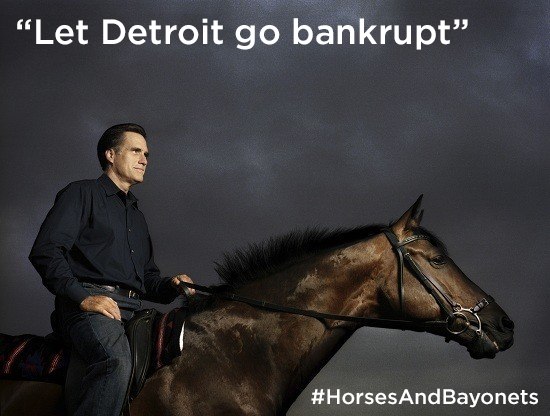 Perhaps not surprisingly it was the non-meme, righteously indignant response from a “legitimate” organization that may have been the comedic highlight for me. The Huffington Post headline read:

which was funny enough but oh boy did it get better:

Several sources in the bayonet industry told TMZ they were “shocked” and “offended” with Obama’s comment.

Egad! Get my smelling salts!

Dan Riker, the owner of Bayonet Inc., a military surplus store that sells bayonets, described the president’s comment as “ignorant.”

Bayonets “are still distributed to the military all the time,” Riker told TMZ. “He should get educated on it.”

Word? Yeah HE should get educated on it. #AFoolAndHisBayonet…

ANYway, all I ask is to be delivered from the crazy, that’s it, that’s all I want. Please??? Then again I guess I wouldn’t have the golden material that “crazy” supplies on a 24 hour basis now would I? Unfortunately the truly tragic side of “crazy” is that “crazy” can vote and me thinks this particular CRAZY Bayonet seller is not a fan of President Obama. Oh well so be it. I am remaining optimistic that more non-crazy than crazy do the right thing (yeah I said it) and vote to re-elect a leader who is prepared to deal with the issues of a 21st Century world. Still, I may hold off on the mirth until AFTER the election. I may need it if the wrong guy manages to steal the election. 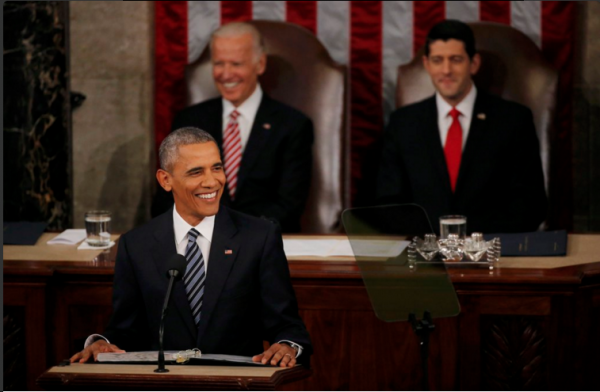 'It Was an Awesome Night for Memes! #Debate3CommentaryContinued' has no comments