Let’s hear it for the compassion of the GOP! Their pious insanity grows by leaps and bounds with each passing day. 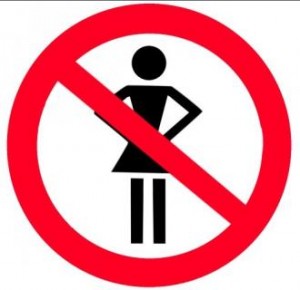 Republicans in Iowa are clearly smoking the heavy stuff, well it’s that or they have thoroughly lost their damn minds.

“Republican lawmakers in Iowa have filed a petition demanding that the state immediately stop reimbursing low-income rape and incest victims for abortions through Medicaid. If the rule is implemented, it will conflict with federal law and could jeopardize the state’s entire $1.8 billion annual Medicaid grant.” (huffpo)

Just to be clear – REPUBLICAN lawmakers want to stop funding for LOW-INCOME survivors of rape and incest who decide to terminate a pregnancy that was forced upon them in the most violent and degrading way possible???

Am I missing something? Are those numbers so high that the use of monies for these procedures is draining Iowa’s Medicaid coffers? Well let’s examine the numbers shall we?

“Since July 2011, Iowa has used Medicaid to reimburse 22 women for abortion care, according to DHS. Two were for rape victims, five were to save the life of the mother, and 15 were for fetuses with severe deformities, such as the absence of a brain or cranium.” (huffpo)

TWENTY-TWO?!? Someone please deliver me from the crazy that has gripped certain sections of my beloved country. I am truly befuddled by the sanctimonious hypocrites who use every waking hour to limit the reproductive choices of women but fall silent or worse yet, argue loudly for the right of deranged individuals to buy assault rifles in Walmart on a moment’s notice thus enabling them to gun down a theater full of people in under a minute. Again, how do they justify protecting a potential life over an actual life?

But wait, can it? Does it? Oh yes, it gets better. If this petition is passed Iowa will be in direct violation of how its federal Medicaid dollars can be spent AND thus will jeopardize ALL of their federal Medicaid funding.

“The Republicans’ request would directly violate the Hyde Amendment, which says that while states cannot use their federal Medicaid dollars to pay for abortion care except in cases of rape, incest, and when a woman’s life is in danger, the state must allow victims to use Medicaid in those three circumstances. If a state violates that rule, the Center for Medicare & Medicaid Services (CMS) has the authority to cancel its Medicaid contract.” (huffpo)

So because they abhor the idea of reimbursing 22 low income survivors of rape and incest they would be willing to throw ALL of the low income persons who rely on Iowa’s Medicaid plan for basic health services under the bus?

The answer is yes.

And if you are wondering if they have a plan in place to replace those federal dollars, the answer to that is no.

“Jill June, president of Planned Parenthood of the Heartland, said she finds it “unconscionable” that Iowa Republicans would rather jeopardize all of the state’s Medicaid money than help a handful of low-income women in special circumstances pay for abortion care each year.

“What will happen to the hundreds of thousands of poor people in Iowa who depend on the Medicaid program if these legislators are successful in driving this extreme agenda?” she said. “They need to answer that question.” ” (huffpo)

41 elected Republican representatives signed the petition. I’m curious if all 41 would feel the same way if their 12 year old daughter was the victim of a heinous crime that left her pregnant. Oh wait, because of their financial means they could arrange to have the issue dealt with privately. They are not forced to seek outside assistance when evil strikes. But you poor people shouldn’t have let yourselves get in that situation in the first place. Shame on you, getting raped by your father, what were you thinking?? And now you want some help from your government? Sorry lady, you’re on your own.

Turns out that crazy old dude who predicted last year’s apocalypse was right. The apocalypse is here and it is being led by the GOP. On second thought, where is my gun? 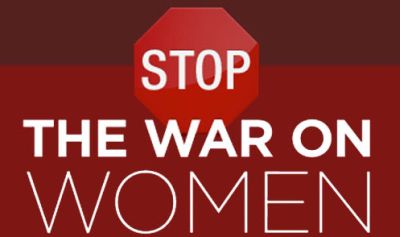 'Iowa Republicans Are Sanctimonious Sadists' has no comments