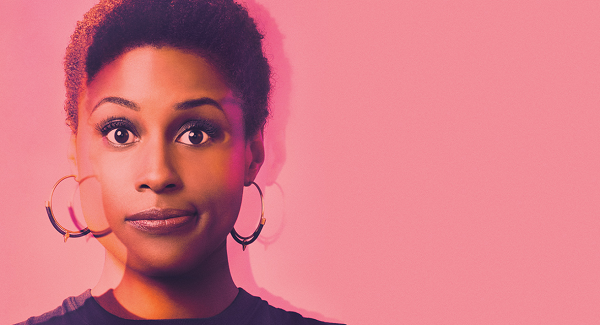 Caught the pilot of Issa Rae’s new HBO show “Insecure.” I legit lol’d more than once so I’m definitely gonna keep watching it and you should join me. 🙂

A few favorite moments and observations from the episode. Warning “language” happens!!

(1) I might be Molly, well Molly-ish. Okay okay sometimes Issa but only sometimes. 😉

(3) After Molly told her co-worker that black men ALWAYS date Asian, White and basically “other” looking women and under her breath her co-worker said: “Jamal said I was his first.” I HOWLED!

(4) Issa to Molly: “I think your p*ssy’s broken. No I read about it, p*ssies breaking everywhere.” #Problem!

(6) When Issa’s boyfriend was sitting his punk a*s on the sofa, smashing his cereal and watching that video of the muscle twins and one of them said “Wish I could come through that screen and choke the fck outta you.” DEAD!

(7) When Issa convinced Molly to hang out and didn’t tell Molly where they were going and they got there and Molly said: “B*tch why are we in 1997 Inglewood?” Then “Every n*gga in here got dry cornrows, that’s fact.” Lololololol!!

(9) When he was hyping her up to go on stage I was vehemently shaking my head no. #Nervous!

(11) But it WAS funny tho (#BrokenP*ssy) except Molly was waaaaay too in her feelings and she messed up with ole boy. Why would you acknowledge that YOU’RE the person with the broken p*ssy? Out loud?? Girl he was cute!

(12) That entire scene in the car was too much, glad they made up at the end. I don’t like when friends fight, makes me anxious.

The ex-boyfriend: “It’s not Moscato but it’s some sh*t Drake would like.”
Issa: “Why are you assuming I like Drake?”
Ex-Bf: “Every black girl that went to college likes Drake.”
Issa: “He just really gets us.”
Me: L.M.A.O!!!

All in all a thoroughly enjoyable watch so yeah I’m in! 🙂