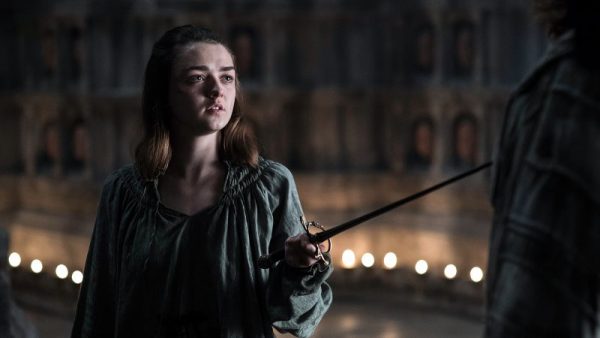 (1) Why was Lady Crane about to drink out of her jug again? Ain’t learned nary a lesson. Key line: “I’ve always liked bad men and they’ve always liked me.” Girl… #PREACH! 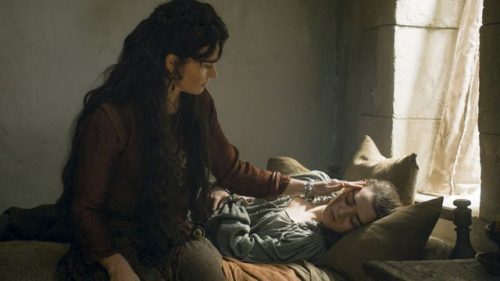 (3) When the Hound is on a mission oh my god DANGER! Vengeance via axe! 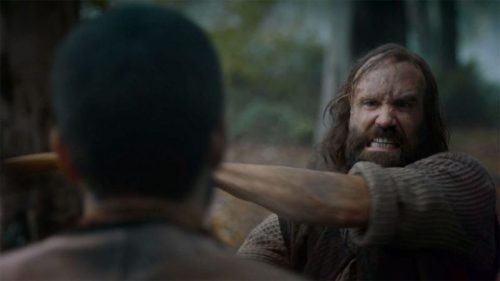 (4) Did y’all peep Kerry Washington’s sister as a discipline (Red Priestesses) of the Lord of Light??? Y’all know that woman looked like she was related to Kerry. You saw it!!!

(5) Tyrion corrected Varys: “The most famous dwarf in the world.” THAT’S RIGHT TYRION!!! LET HIM KNOW!!

(6) Lancel: “Order your man to step aside, or there will be violence.” Cersei: “I choose violence.” Cue the Mountain ripping off a guy’s head with his bare hands. (8) Why did I get all emotional when Brienne tried to give Jamie his sword back???? SO MANY FEELS!! 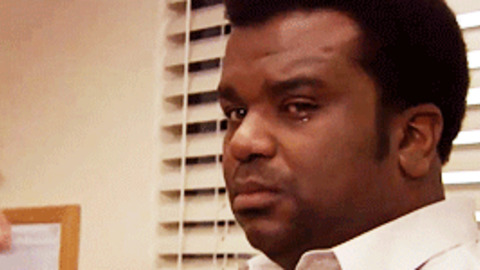 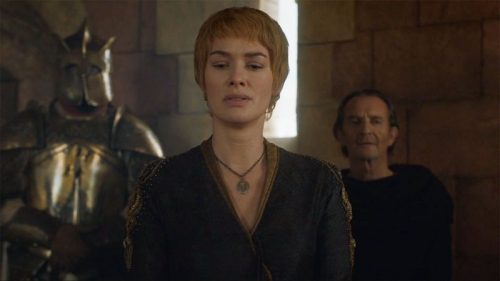 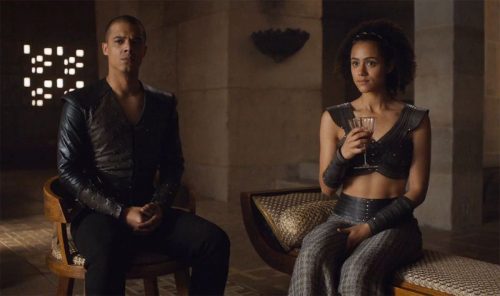 (11) Well damn Edmure had A LOT to say didn’t he?? Now I just might be able to pick him out in a Game of Thrones lineup. Maybe.

(12) Soooo Jamie’s declaration of love though chilling was also kinda like awwwwwww: “If I have to slaughter every Tully to get back to Cersei, then that’s what I’ll do.” Like I’m not sure if I want someone to do that for me or not. Alright, yeah I do. #MedievalLoveYo!!!

(13) That whole exchange between Blackfish and that fool who let Edmure in… Smdh. Then said fool looked at Edmure like “how could you?” And I’m looking at him like “how could YOU??? The Blackfish TRIED to tell you STUPID!”

(14) Y’all notice how the conquering army got to redecorating IMMEDIATELY! Prolly been working on their Pinterest page since The Red Wedding.

(15) Damnit!! I so wish the Blackfish had gone with Brienne. I mean I hear him on not running again but I wanted to see him fighting with Sansa. She needs as many Tullys as she can get. 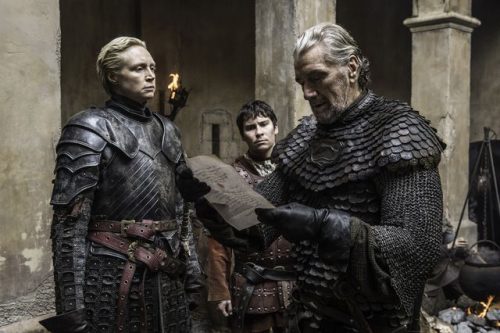 (17) Meanwhile the Masters have started literally firebombing Meereen and right on cue, Dany gets dropped off by her son – excuse me, her dragon son. I wouldn’t be mad at a dragon uber like service. Just saying… 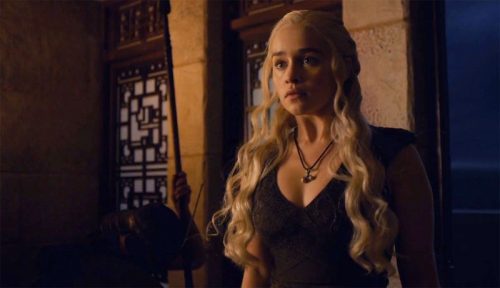 (18) Hound: “Tougher girls than you have tried to kill me.” GREAT line cause TRUTH!!! And he got some new boots! AND we saw his penis. I wasn’t terribly excited about that last part but felt obligated to note it since breasts stay on display on this show.

(20) No I am not going to discuss how Arya got stabbed, made her way to the dressing room, got patched up, slept for what like a day, then ran through the city, rolled down some stone stairs, got to Needle, extinguished a candle and then finally extinguished that robot chick who has been trying to kill her for like evah. Nope, not gonna talk about any of that. I only care about this line: “A girl is Arya Stark of Winterfell and I am going home!” YES ARYA!!! 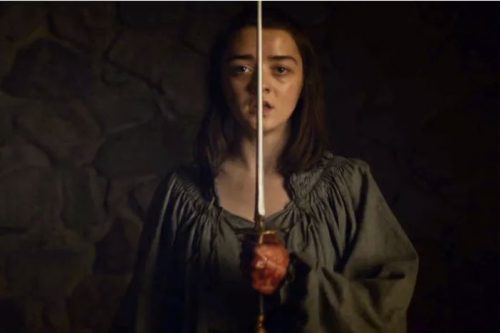