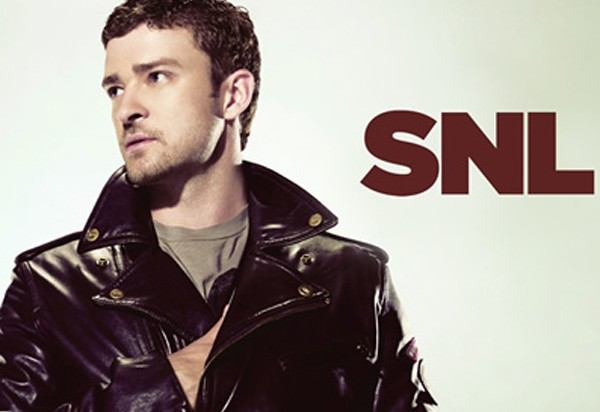 As my friend pointed out on facebook last week (shout out Crystal) SNL is usually a good show when Justin Timberlake hosts. She was correct. I literally laughed out loud on several occasions and truly enjoyed the episode. It was almost as if there was an entirely different production staff in place. I’m sure that wasn’t the case but the contrast between Kevin’s show and Justin’s show – world’s apart. Kinda messed up they couldn’t figure out how to turn in their “A” game for Kevin, hopefully next time he’ll bring his own writers…

ANYway, moving on – below are my favorite sketches from the night:

(2) “The 5 Timers Club” – I absolutely LOVE it when other stars randomly show up in sketches. Granted this was a very focused sketch deliberately written to showcase those who have hosted SNL on multiple occasions but still it was extremely cool to see them all together.

(3) “It’s A Date” – This sketch was good and then got “great” when it was taken to another level by bringing back Dan Aykroyd and Steve Martin as the “Wild and Crazy Guys.”


“Bring it on down to Veganville!” #Awesome


I didn’t catch they lyric initially but apparently JT made a reference to Kanye’s rant from a few weeks ago. Quick recap, during a performance in London, Kanye “I’m losing it” West went on a tirade and directly referenced JT and Jay-Z’s single, specifically, he said: “I got love for Hov, but I ain’t f–kin’ with that ‘Suit & Tie.’ ” Mmmmkay.

During Saturday’s performance JT changed the lyric from “S**t so sick got a hit and picked up a habit” to “My hit’s so sick got rappers acting dramatic.” Hahahahaha – TRUUUUE!

Well that definitely sounds like a response to me. And we ALL know Kanye NEVER lets ANYTHING slide so let’s see how this nonsense plays out. #ChildishButTotallyEntertaining

(5) And then STEFON showed up!! I LOOOOOOOOOOOOOOOOOVE STEFON!! He is unquestionably one of my favorite characters.


Confession: I have a huge crush on Bill Hader. #LoveHim!!

Good job SNL!! Now let’s work on some consistency shall we? Cool!