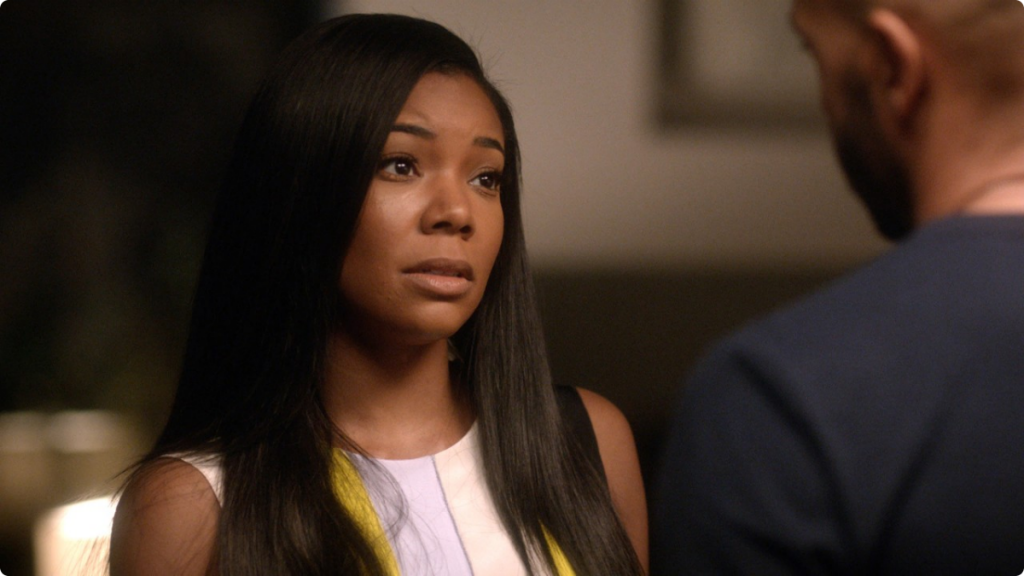 (1) Apparently it is black man story week but this one has a gun on himself: “I’m being surveilled 24/7” #BigBrother

(3) MJ telling Kara that she’s not heartless, ummm do you know you?? #MercilessReally

(5) This heffa and these needles #Ugh

(6) 36 hours until extraction, gee I can only wonder how much crazy is about to go down #JustWaitForIt

(8) Seriously MJ, NOW it’s too late? Because of the baby? I’m not saying I don’t understand your hangup about that BUT it’s 2015, sh*t happens, situations are not perfect, people deal with “life” and keep it moving. Least we not forget you were acting like a crazy person about him when the season started AND you had him meet you in your hotel suite. Clearly the love is still there. Chile… #QuitPlaying 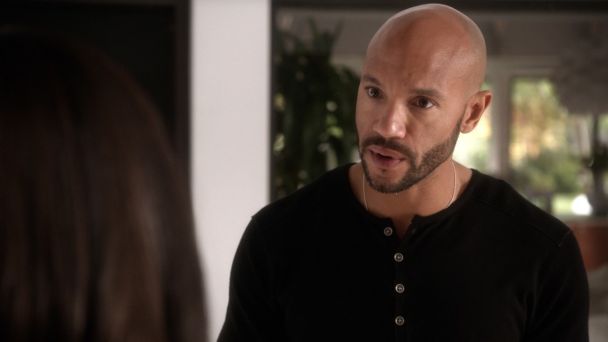 (9) Columbia, Yale, Top of his class, lawyer, married, Father of two, at the end of his rope #BrianEllis

(8) Not sure how I feel about this suicide story line we are about to explore. White employee: “I’m not sure what I’m looking for” #Suicide #BlackMen #Done #Sigh

(9) Why is Sheldon DeWitt typing in all caps? #No

(11) I kinda don’t like Sheldon DeWitt. This secretive a*s phone call. I thought I was paranoid. He worried about the NSA?? #IBlameEdwardSnowden #AndTheGovernment

(13) Why is Kara being so uptight about MJ’s source? Don’t reporters have secret sources? Isn’t that how this works?? Trust her and let it go #DamnWoman #ControllingMuch??

(14) Sent a driver, beautiful home, got the Etouffee cooking on the stove, red wine poured – good for her that she is at least trying to keep it professional: “I ain’t here for all this, you got info for me or not Red?” #Well??

(15) Tell me she is NOT going to have any of that wine #Extraction!

(16) Sigh, is he about to get on his high horse about the plight of the well educated black man? #EyeRoll #SorryNotSorry

(17) Black men have been “smothered” in their lives? Really?? I mean I understand the point you are making, I’m just pretty sure I would not have used the word “smothered”. Also I do get it, I’ve worked in corporate America so trust me I get it but well maybe it’s just the way YOU’RE telling it that has put me off. #LikeAllTheWayOFF

(18) Okay and now I’m completely done. This entire “woe is me, who has it worse, black men or black women” back and forth between these two is annoying. Maybe that’s it. I know I’m supposed to emphasize with the “plight” cause I HAVE lived it and yet too often I feel like that’s the mantra I get from MJ – “woe is me” – girl STOP IT! Take yo’ ass a seat on a therapy sofa, go build huts in Tibet, or take a sabbatical in Spain, you have the money to do something about your “angst” #Ugh!

(19) And with all of that said, I am glad she fired back on him “Who takes care of us? Who is left to love the black woman?” Again I’m not down for the pity party but yes school him please.

(21) You are clearly more than “tits and a*s” MJ. I believe you just showed that when you so eloquently fired back on his a*s. Take the compliment and skillfully school him. Why you always gotta fight?? #YouNeedAHug

(23) Is she spotting? If so she needs to leave and take her ass straight to the doctor’s office. Oh, it’s something else, “discharge” from a massive orgasm? Lawd! Why does this show take us there? #WHY?? (I think the rinse out the panties and wrap them in tissue was supposed to humanize her to us regular folk but ehhhh #TryAgain) 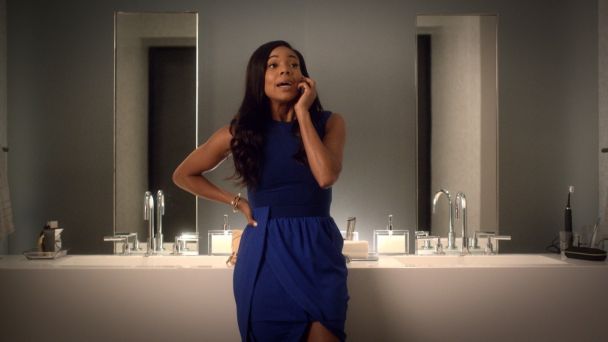 (24) Is Kara about to run into fake Ray Romano again? Yep. Boooooo! I thought we were rid of him #GuessNot

(25) Kara is a MESS! “When you decide to speak English I’ll be over in the assimilation aisle” #Word?? I see why her and MJ get along #TheyJustSayShit

(26) I feel like I should be way more connected to this story but I. Am. Not.

(27) Sheldon: “I’d like to sit down and talk about you and I seeing one another and how that might look” #SoRomantic #Sarcasm  (Here’s the thing, I kinda get it, given his stature, her schedule, etc and yet this felt very transactional)

(28) Good lord and now she is coming at her brother with this “are you suicidal” ish #JesusFixIt. You and him having had your “moments” is an understatement. I watched the first season AND the last time y’all saw each other you were your usual rude self. #GirlBye

(29) Oh my, Durbin, McGee & Marting will NOT take those disclosures lightly. You quoting from internal memos and whatnot #Whew!

(30) Feeling like an outsider at work and compromising one’s authenticity in corporate America is not news, you know what, maybe it is for some people #ImmaBeQuiet

(31) Wait, what? IS Kara pushing back so hard because she didn’t write the story? Is she really that person? #TheseTwo…

(32) Oooohhhh yeah boo, she threw that secret focus group session all up in your face. Totally legit beef. You should have just told her #FckGreg 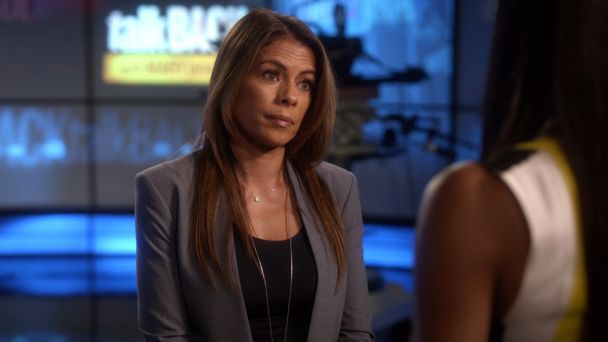 (33) Soooo everybody is or might be suicidal this episode? #Sigh

(34) 4 hrs 48 min to extraction and you are on a rescue mission to check on Lisa? #OfCourseYouAre

(35) Damn Valerie, you didn’t have to jump straight to a 51/50, slow down lady #PsychiatricHoldAintNoJoke #AskAndre 😉

(36) But didn’t Lisa try and kill herself last season tho? So MJ just lied right? So Lisa has no family? I need a quick recap re her back story #Anyone?

(37) See fake Ray Romano didn’t even type in all caps. I mean it was in Spanish but still not all caps #TakeNotesSheldon

(38) Alright maybe I’m a little more sympathetic to Lisa’s mental/emotional situation because she’s a woman and I can relate to her better. Also could be I just like her character more than I like Sheldon #HeBothersMe

(39) And MJ joking about her WAS wack. And MJ’s “oh this will be good” was even more wack – why are you ALWAYS such an a*s??? Cause you ain’t close to perfect by a long shot.

(41) Yes MJ desperately needs to be thoroughly checked but I kinda would like it to be by someone who isn’t in such a “state” as Lisa. This jealousy pity me pathos ish is KILLING me! #TheraphyGirl! #THERAPY! 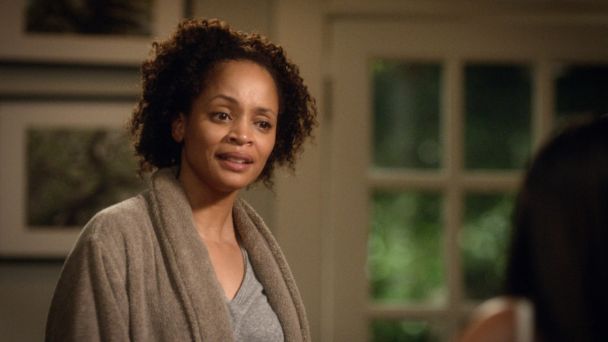 (42) Did Lisa ASK MJ to carry her? Since the third grade? Did MJ also put her through medical school? You may need to fall back just a bit #IJS

(43) “For the first time you are going to take care of yourself?” The “FIRST” time? You are ALWAYS taking care of yourself. Yes you did let Niecy stay with you for a second but we see how that turned out don’t we??

(44) So Kara & Fake Ray meet up again for dinner and we’re all just gonna ignore that disastrous last encounter they had? No one has an “I’m sorry” #NotNeitherOneOfYou?? 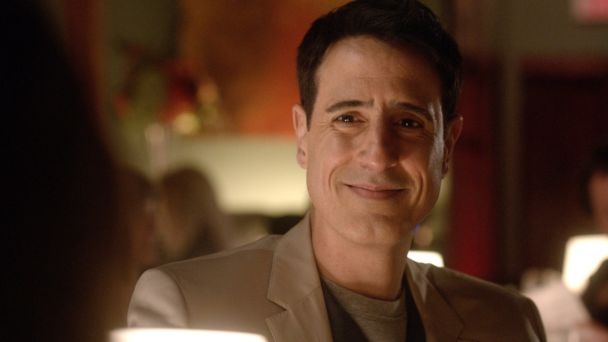 (45) Is Fake Ray telling Kara she needs to “return” to her roots? Is that what I’m hearing? Will that make her “whole” #GoAwayFakeRay

(46) 23 mins to extraction – why is she not inside the doctor’s office? Who is she calling? What is WRONG with her? I knew it was David! KNEW IT! MJ drives me nuts!!

(48) Q. So have we seen the last of Sheldon? #Please? I DEFINITELY prefer David over Sheldon! #Fav 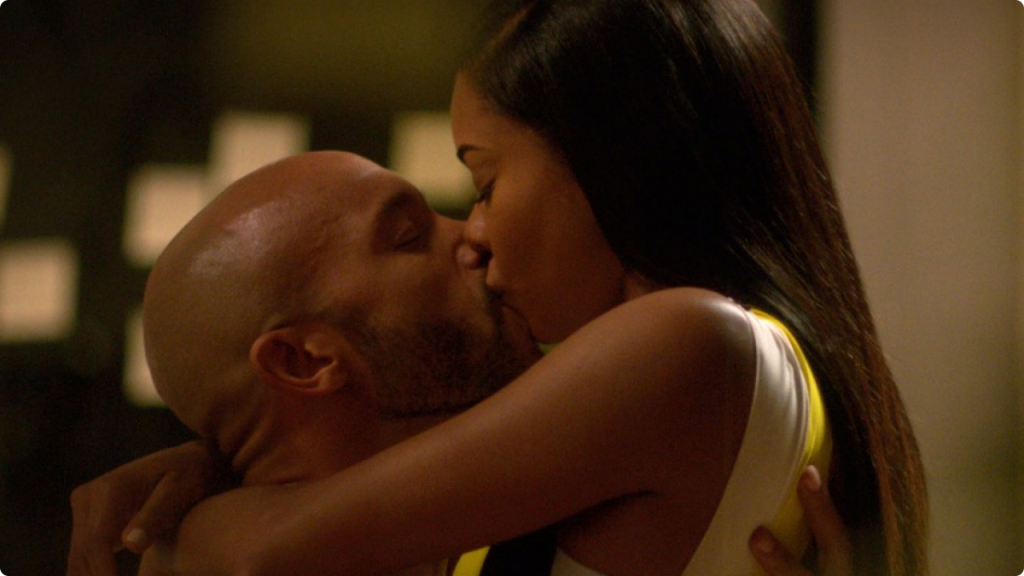 (52) Back to sexy David. He is sexy. Did I say that already? He could get ALL OF IT! #HeeeeeeyDavid!

COMING UP:  Wait, what?? Niecy wearing THOT clothes (I hate that word but sometimes it is appropriate), MJ wants a “black” show (sigh), David talking ish about black women (slow down playa) and Paul Jr calling David a “Buster” (you see it too right)? 😉

‘Being Mary Jane’ Recap (S2:E5) – “No Eggspectations” or “Four Follicles” or “Papa Shaft Schools Everybody” #GetYoHappiness

'‘Being Mary Jane’ Recap (S2:E6) – “Pulling The Trigger” or “Everyone You Know Is Suicidal” or “MJ Is Exhausting – Always” #Sigh' have 2 comments