(1) Last time the Emmys were held on a Monday was in 1976 #BlameTheVMAs, no really BLAME THE VMAs!

(5) Agent to Actor: “I think you better sit down, your character just got invited to a wedding” #AlsoFunny

(6) Amy Poehler made Seth introduce her as Beyonce. I would have done the same thing. (Images courtesy of Buzzfeed)

(9) Hayden Panettiere’s dress… I’m not exactly feeling this style, really for anyone, her pregnancy has nothing to do with it, promise.

(10) That bit w/ Billy Eichner & Seth yelling at strangers on the sidewalk was hiiiiiiiiiilarious!

(12) #Underwarness Soooo that Sheryl Underwood commercial was real? We (Angela, Shannon and myself) couldn’t figure out if it was supposed to be a spoof: (a) It was crazy (b) We thought it was “Depends” not “Depend” and (c) that final shot in the diaper tho??? #Confusion 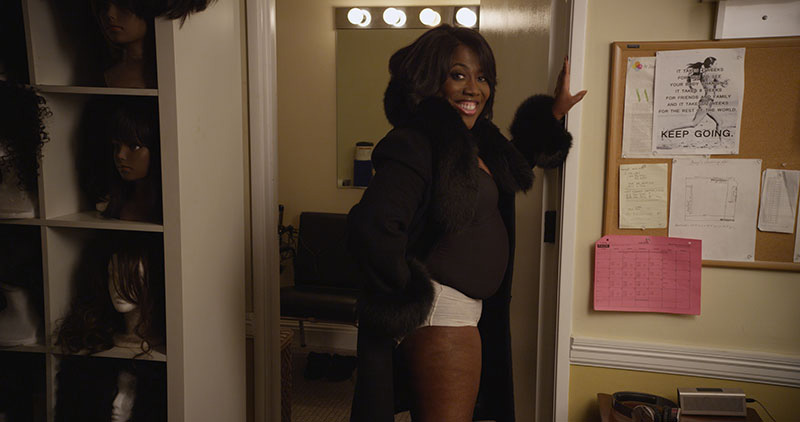 (15) Fred Armisen is also wearing granny glasses. Seriously is this a new thing to do? #Fashion

(16) You should watch American Horror Story Coven (Season 3). No really you should watch this show. AWE-SOME! Fyi – you do NOT need to watch Seasons 1 and 2. Each season stands alone which is part of its AWE-SOMENESS! (19) Why does Woody Harrelson look like a dirty old man? #BecauseHeIs (21) But seriously though, watch American Horror Story Coven – WATCH. IT!

(22) Re Weird Al – I don’t understand what’s happening. Shannon: “I’m seriously disturbed right now. I want to jump out of my skin.” #EpicFail

(23) Why y’all keep sweating George RR Martin? I know he LOOKS super old but 65 is no longer as old as it used to be. Is he in poor health? Y’all do know MANY people live to be 100 quite often nowadays right? Like almost too many…

(24) (a) “Cersei” (Lena Headey) looked GORG!!! And (b), Andy Samberg as Joffrey almost made me choke! ABSOLUTELY AWESOME!! “Why don’t you love me like Uncle Jamie?” #OnTheFloor! (Buzzfeed)

(27) Sooo Gwen Stefani totally sounded like a normal person at the Emmys so I have no idea WHAT was going on with her at the VMAs. Well she did present with Snoop so #ContactHigh? BUT THEN she thoroughly destroyed Stephen Colbert’s name soooo never mind. At least she looked good #ThatsSomethingRight? #Colbort (Buzzfeed)

(28) Jimmy Fallon accepting Colbert’s reward b/c Gwen S jacked up his name was great BUT Colbert whispering his speech in Jimmy’s ear and Jimmy delivering it was PRICELESS!!

(31) Byran C really does look like a swashbuckling dastardly dude w/ that hair and mustache action on going on.

'2014 Emmys #KindaSortaRecap' has no comments